Growing up in Muenster, one of the small German towns of North Texas that feature in The Caves of San Pietro, I got my first taste of history exploring the remnants of Camp Howze.  A major infantry training center during World War II, the army post also served as an internment camp for German POWs, some of whom were put to work on local farms – including my grandparents’ – during the 1940s. I loved exploring the old, broken-down Jeeps, the remains of the barracks, and the guard towers.  Many of the remnants are still there today, including barracks blocks and water towers, but most of the land has reverted to farming acreage. A historical marker is in nearby Gainesville. 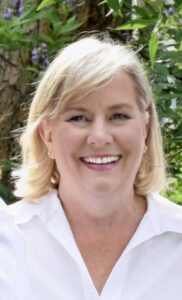 Those explorations and the stories of family members who’d served in the military sparked my fascination with history and a desire to write about it. One of my uncles – Brother Thomas Moster, a Benedictine friar and English professor – nurtured that interest in writing.

When it came time for college and a career, though, science called to me more strongly than any of my other interests. A degree in pharmacy led me to realize that what I really wanted to pursue was medicine. That meant a few more years in school but resulted in a career as a practicing gastroenterologist and several articles published in medical journals.

But the love of history and writing were still simmering on the back burner, and when I discovered the source materials that led to The Caves of San Pietro, I knew it was time to give them their due.  So I enrolled in the Creative Writing Program at Southern Methodist University (SMU) and started work on my first novel. A top ten finish in the Master Category of the Ink and Insights Writing Contest and selection of my novel for SMU’s 2019 New York Writing Event provided just the boost I needed in my journey to publication.

I’ve traveled a lot and really enjoy it.  I think my favorite trip so far was the one to Italy to research The Caves of San Pietro. There’s something about standing in the locations where history happened, breathing the air, and taking in the reality of those places and the people who lived those events that simply can’t be gleaned any other way. It was one of those once-in-a-lifetime experiences.

As for ordinary life, there’s nothing better than relaxing weekends at our lake home with my family.  When I was a child, my uncles and grandfather taught me to hunt and fish – and especially how to watch out for the rattlesnakes – and I still enjoy those pursuits. Kayaking on the lake is great fun, along with biking the back roads. Hmmm . . . maybe there’s some family influence in that as well